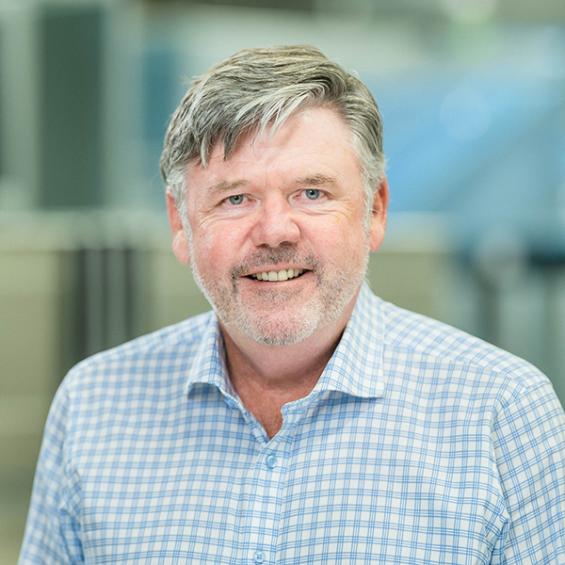 “We have industry leading professionals who work every step of the way with our customers to ensure successful outcomes and create long-term relationships based upon trust.”

Representing Ahern’s fifth generation of family leadership Tripp stands as the bridge between a groundbreaking past and an exciting future. As Chairman and Chief Executive Officer of Ahern, Tripp has led Ahern through a time of extraordinary growth while maintaining a steadfast commitment to Ahern’s unbreakable values and beliefs, its customers and employees.

Each success and area of improvement is taken personally. And that personal feel permeates through the company, setting it apart from others. As CEO, Tripp, in conjunction with the Management Committee, creates a vision for where Ahern could be and then develops an environment that fosters its accomplishment. He works tirelessly to keep the focus on excellence.

A native of Fond du Lac, Wisconsin, Tripp earned a Bachelor of Science degree in mechanical engineering technology from the Milwaukee School of Engineering. Upon graduation in 1986, he spent two years as an estimator and project manager for other mechanical contractors in New York. Upon returning to Fond du Lac, Tripp began rising through the ranks at Ahern. In 1988, he joined Ahern as Project Manager, was promoted to Mechanical Department Manager in 1990, then President and Chief Operating Officer responsibilities in 1994, and assumed the duties of Chief Executive Officer in 1997.